In honor of April’s official birthstone, let’s take a close-up look at one of the largest uncut yellow diamonds in the world. At 253.7 carats, the Oppenheimer Diamond is a nearly perfectly formed octahedron, a shape that’s essentially an eight-sided double pyramid connected at the base. 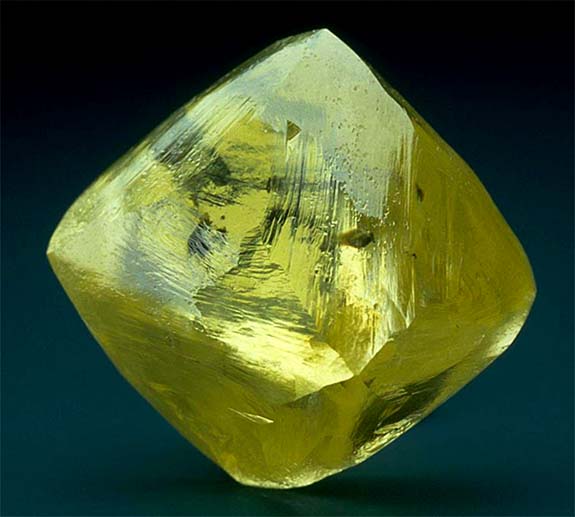 Named in honor of Sir Ernest Oppenheimer, former chairman of the Board of Directors of DeBeers Consolidated Mines, the 20mm x 20mm gem was discovered at the Dutoitspan Mine near Kimberley, South Africa, in 1964, and acquired that same year by luxury jeweler Harry Winston.

Instead of cutting the rough gem into a hero stone and a series of smaller finished diamonds, Winston decided to leave it in its natural state and donate it to the Smithsonian in memory of Oppenheimer, who passed away in 1957 at the age of 77. The surface of the gem is reminiscent of an icy pond. 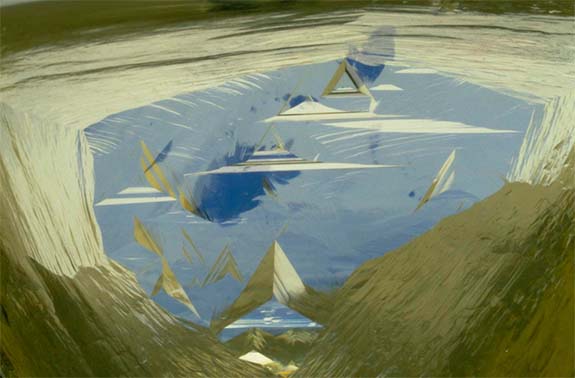 Vivid yellow diamonds are extraordinarily valuable. In May 2014, for example, the 100.09-carat Graff Vivid Yellow was sold for $16.3 million at Sotheby’s.

The Oppenheimer Diamond is now on display near the Hope Diamond in the Janet Annenberg Hooker Hall of Geology, Gems and Minerals in Washington, D.C.

The gem owes its vivid yellow color to nitrogen impurities that were substituted for carbon atoms as the crystal formed. Similarly, the presence of boron in the chemical composition of a diamond will yield a vivid blue color.

Unlike their yellow and blue brethren, pink and red diamonds get their rich color not from chemical impurities, but from a molecular structure distortion that occurs as the diamond crystal forms in the earth’s crust.